I Live Here – A community-driven campaign

“I Live Here” is something that many inhabitants of the Red Light District have yelled out of their windows. They hang up notices or call out “I Live Here!” at visitors who are causing nuisance. The City Council wants to lend additional support with a local campaign that has been devised in consultation with local residents.

The aim of this campaign is to make visitors more aware that normal people live in the Red Light District and to take this into account. Many visitors are unaware that people live there, but experience teaches us that they modify their behaviour if they are actively informed of this. By using photos of residents on windows and doors we can reinforce that effect. The initial manifestations appeared in the streetscape of the Red Light District from early June. NV Zeedijk, De Key housing corporation and 1012 Inc. are keen supporters of the initiative and are making windows and doors available for campaign publicity. Media such as beer mats and posters are being employed in cooperation with local bars and restaurants. The impact of the various strands of the campaign will be assessed at the end of 2018.

The campaign was tested out on the street in advance and the outcomes can be summarised as follows: “Implement the campaign with confidence. It ensures that the residents feel supported. Visitors to the Red Light District are positive in their response to the campaign. It raises awareness and prompts the intention to modify behaviour.” 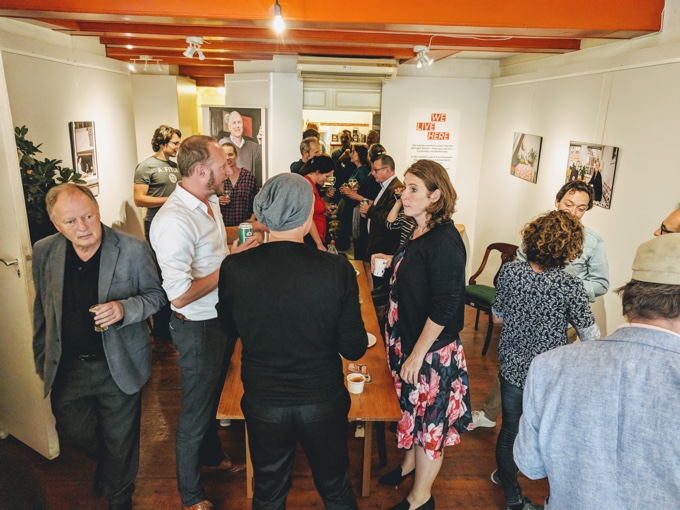 A temporary information centre for visitors about the neighbourhood and especially about living in the Red Light District has been opened at Oudezijds Voorburgwal 136, to lend extra weight to the “I Live Here” message from local residents. On the first floor there is a space where local residents can host activities for free. Just like the “I Live Here” message, this information and community centre is of, by and for local residents. It exists thanks to the efforts of the neighbourhood and for the time being is hosted by 1012 Inc. 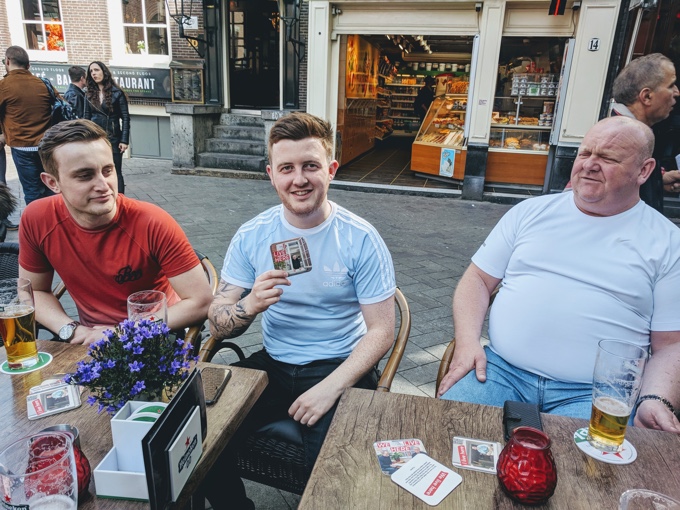 Coordination with other measures

The I Live Here campaign is not a magic wand that will make all the nuisance vanish into thin air. Its gives residents a face, makes visitors aware that people live in the Red Light District, and is one of the many measures to make the Red Light District more liveable: the Binnenstad Offensief – the “City Centre Offensive” against all forms of nuisance, rules for guided tours, targeted enforcement of rules for terrace nuisance, the introduction of hosts, intensive cleaning with the Wallenstofzuiger – the “Red Light District Vacuum Cleaner” project, planning provisions to block more tourist-oriented shops, and the new Enjoy & Respect campaign.

Residents of the Red Light District were asked in a letter to residents (PDF, 361 kB, in Dutch only) whether they wanted to make it clear to visitors that there are also people who actually live in the “Wallen” area. All inhabitants are welcome to participate in this local residents campaign by appearing in a photo and/or providing a window or door to display a poster. The greater the number of people who participate, the more forceful the signal and the greater the effect. It is still possible to register by sending an email to communicatie.sdc@amsterdam.nl.